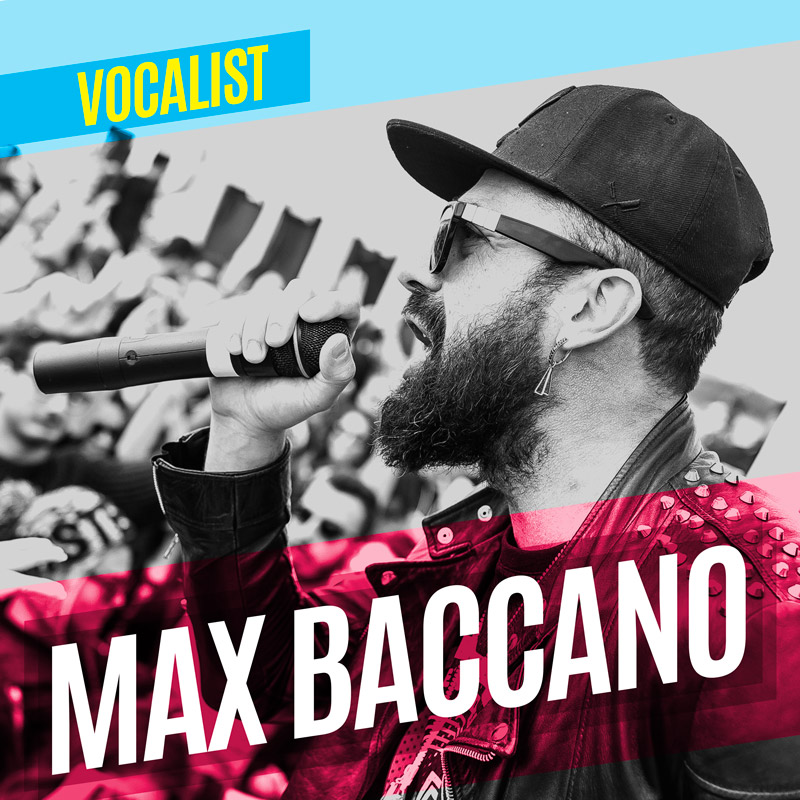 Max approaches the music when he was very young thanks to rock music heard on his parents vinyls and his passion for the guitar. In 1998 he started to work as an entertainer in touristic villages, and few years later, he begins to work in the radio world with Radio Reporter and in a local TV, with a format dedicated to musical productions and nightlife. In 2000 he also started performing like dj vocalist in the main clubs of Salento and Puglia, and more. Since 2007 he works for Radio Selene, with is own show “Diseducational, and then in “La Banda” every morning from 8 to with colleague Fabio Marzo. Resident vocalis for “Il Trappeto” in Monopoli, and in 2012 summer, he was also one of the protagonists of “Summer Attack Tour”, traveling around in the coolest places of Salento, with the collective “Salentines General”, created and astistically directed by Andrea Mariano (aka Andro.id) from Negramaro. He joined the  Samsara team thanks to his rexperience as television host and entertainer. He is the face and the narrator of the new web Samsara series dedicated to the 2013/2014 tour. The summer of 2014 is his first summer at Samsara. The first in a long series. The stage is his natural habitat and his favorite item of clothing and an old top hat, like a magician ready to amaze one with his magic. But a  beach party with Baccano is not an illusion, but it is the pure reality of Samsara.