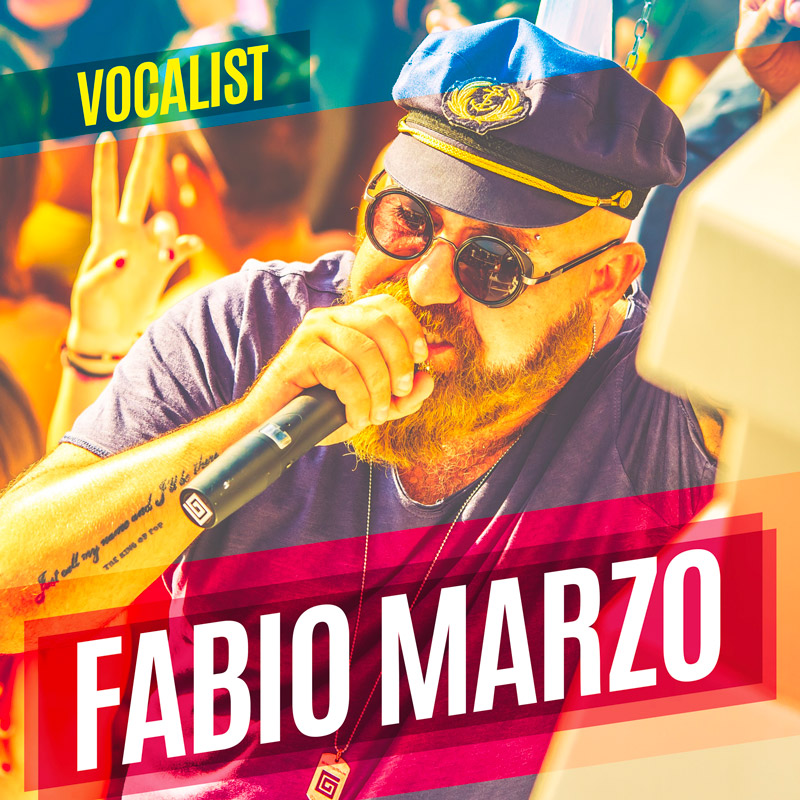 You know when someone says “He is born that way!” Well it’s a perfect Fabio definition. As a child, he improvised shows in the living room and on the balcony at home. Immediately he made his first television appearances as actor in several commercials, until he found a dress coat and shoes with claquettes. From tourist villages to the stages, up the radio and on tv. After several seasons in Emilia Romagna, he comes back to Salento and began working with Numerous clubs in South Italy. He is the icon of the “Martedì del Villaggio”. Be Careful to not to call it “party” in his presence. The “Martedì del Villaggio” by Riobo is an experience, the story of a fairy tale made up of sensations, music and colors. From Riobo to Samsara is a short step. An Italian blogger called it, not without sarcasm, defined him “the Pope of the Beach Party”. He shares with the others entertainers of the Team, the great national stages of Samsara Beach on tour. He has also introduced live performances by artists like Lucio Dalla, Antonello Venditti, Fiorella Mannoia,  thanks to his partnership with Radio Selene. He also wrote a book based on his personal blog. He did pretty much everything, but what excites him most is always performing live the Beach Parties until sunset.