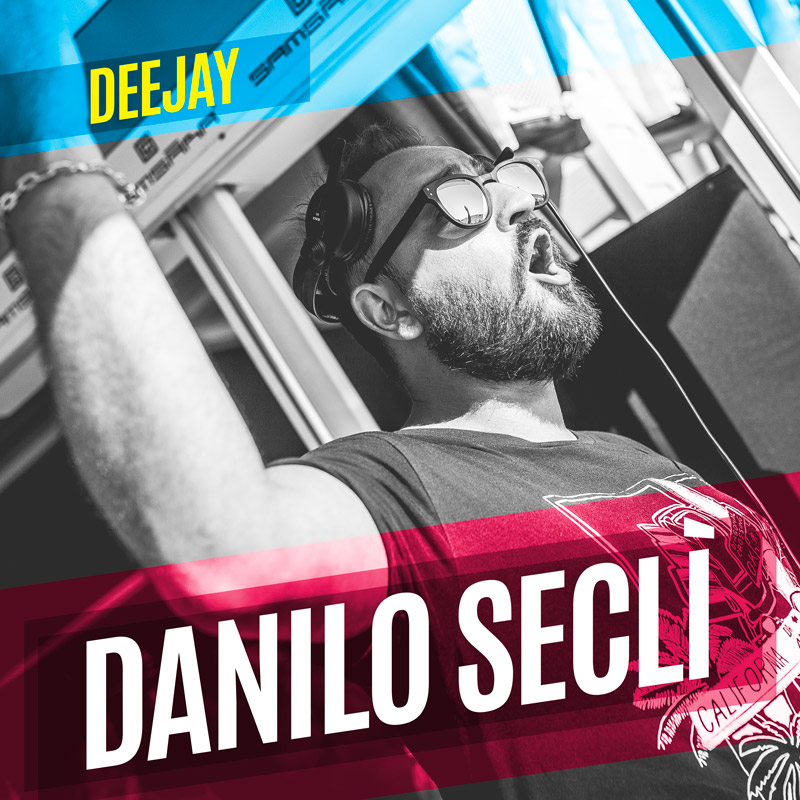 Born in 1982 in Galatina (LE), he began his musical when he was 14 years old in a radio station. Danilo always prefers the house music, but in his DJ sets there is always space for every kind of dance music. Since 2007, every summer, he is the resident dj of Samsara Beach Gallipoli and, in the winter season, he is in the cast of the long tour among the most famous clubs in Europe . Since 2011, Seclì coordinates Salento Calls Italy, a collective project that brings together the best of the Salento music scene. After three successful albums (“Salento Calls Italy” of 2011, “Salento Calls Italy 2.0 of 2013 and” Over the Rainbow “in 2014) and many featurings (Froggy mix with Snoop Dogg, Cesko & Puccia, Mad Dopa ft. Clementino & Don Rico, BoomDaBash, Manu Funk & Blandini, Marco Santoro & Luca Bovino) and hits like “Por La Noche”, “Festa”, he released his music with international labels like Soleado, Jango, Red House, Smilax, He also created his own label, Miusika Records, with which he discovers new talents like Sixtus and F Beatz . As producer, he won several times the top 20 Beatport and his songs have been supported by top DJs such as Bob Sinclar, Robbie Rivera, Federico Scavo, Luca Guerrieri and Marco Santoro. Seclì has shared the console with dj stars like Alesso, Major Lazer and Benny Benassi and his dJ sets are also broadcasted on national networks.